“YOUR MORNING,” CTV – Why North Korea is waging a ‘cyber war’

“YOUR MORNING,” CTV – Why North Korea is waging a ‘cyber war’

Cyber security expert and Cypfer CEO Daniel Tobok spoke with Ben Mulroney, host of CTV’s “Your Morning,” about North Korean’s hacker army of 6,000 people, on Tuesday, October 17, 2017. Collectively, they are wreaking havoc on the world after a surge of cyber attacks.
The North Korean cyber hacking army is responsible for some of the biggest hacks in recent memory including the 2014 hacking of Sony Pictures [Sony was on the verge of releasing a comedy about assassinating the North Korean president], the 2016 hacking of Britain’s National Health Services in 2016, the hacking of the New York Federal Reserve (where hackers stole $81 million) in 2016, and the hacking of South Korea’s military networks in 2017.

“We see these hacks and yet North Korea is not punished for them. We want to punish North Korea for their nuclear ambitions but not their hacking. How can that be?” said Ben Mulroney.

“The U.S. intelligence services have called North Korea the ‘most disconnected country in the world’,” said Daniel Tobok.

“They are known as the ‘hermit state’,” said Daniel Tobok.

“Right now, North Korea is using cyber hacking to move their own propaganda in the world. And their cyber hacking is now their new revenue stream,” said Daniel Tobok.

The fruit of North Korea’s cyber hacking is now worth an estimated $4.5 billion annually—more than their GDP—according to Tobok.

North Korea has had a hacking culture as far back as the 1990s. Ben Mulroney asked about why nothing was done about North Korea’s cyber skills back then.

“Where are they getting the know-how to compete on the internet? After all, the internet was invented in the West.” said Ben Mulroney.

“In the late 1990s, North Korea realized the power of the internet. In the early 2000s, they started to heavily invest in cyber security by sending students to the U.S., China, and Europe to improve their cyber skills. For such a small country, they have a pretty big cyber army,” said Daniel Tobok.

“How do we fight against this?” said Ben Mulroney.

“We have to take a look at student visas from North Korea to the U.S., China, Europe and other countries. It’s got to be a global initiative,” said Daniel Tobok. 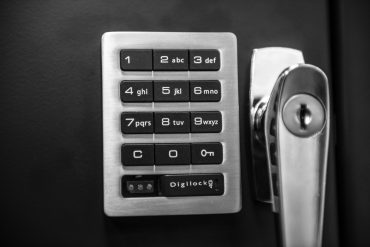 CTV Your Morning – Cyberattacks and Covid 19 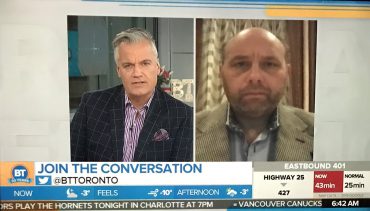